And then father and son of the Oguz family (Turan and Mikael oguz) were pointed out as the new leaders of the club. at that time Grorud Taekwondo Club had around 40 students,  Today there are around 100 students in the club.

In 1995 we changed the Dojang and are still at the same place, «Kalbakken» (Grorud Samfunnshus).
The same year (1995) Grorud Tae Kwon Do club started to participate in the National sparring Competitions and have focused and worked hard with the sparring. in 1999 and 2001 Grorud Tae Kwon Do was voted as the Best Fighting Club in Norway.

And the last 4 years Grorud Tae Kwon Do club have made 22 Norwegian Champions.

Grorud Taekwondo is today one of the most achieving fighter clubs in Norway.

The past 7 years, the club have been awarded the best Fighting Clubs 7 times in row.

Head of the Club: Mikael Oguz 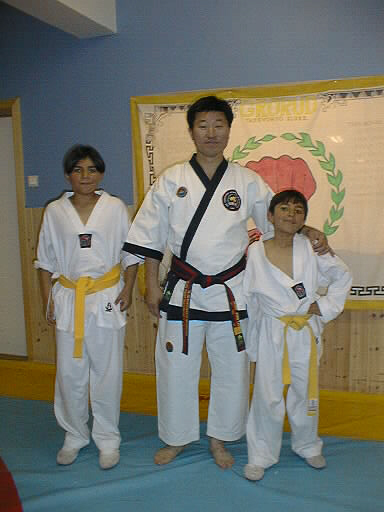 If you have any TKD news, comments or other interesting material please don’t hesitate to mail it to Khalique and he will update the site as soon as possible.

This website uses cookies to improve your experience while you navigate through the website. Out of these cookies, the cookies that are categorized as necessary are stored on your browser as they are essential for the working of basic functionalities of the website. We also use third-party cookies that help us analyze and understand how you use this website. These cookies will be stored in your browser only with your consent. You also have the option to opt-out of these cookies. But opting out of some of these cookies may have an effect on your browsing experience.
Necessary Always Enabled
Necessary cookies are absolutely essential for the website to function properly. This category only includes cookies that ensures basic functionalities and security features of the website. These cookies do not store any personal information.
Non-necessary
Any cookies that may not be particularly necessary for the website to function and is used specifically to collect user personal data via analytics, ads, other embedded contents are termed as non-necessary cookies. It is mandatory to procure user consent prior to running these cookies on your website.
SAVE & ACCEPT